Since 2010, over 344 abortion restrictions have been enacted in the US.

A recent study by the Center for Reproductive Rights and Ibis Reproductive Health found that South Carolina has the highest number of abortion restrictions in the country—14—along with five other states.

This study also shows us that the more abortion restrictions a state has passed, the fewer evidence-based supportive policies exist, and the poorer the health and well-being outcomes for women and children. 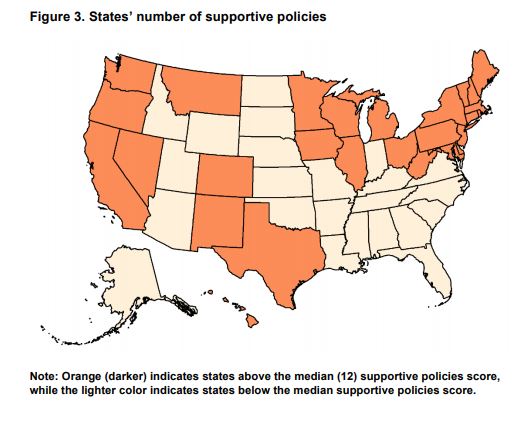 South Carolina ranks below the median score for supportive health policies, women’s health, and children’s health. Countries that were above this median score were more likely to have fewer abortion restrictions.

The evidence is clear: if we want the women and children in South Carolina to be economically, socially, mentally, and physically empowered, we have to Be the Voice of support for the agency of women in the state to make their own decisions involving their health and economic well-being.

Here’s what you can do:

Back to All Updates

What does it take to get an abortion in South Carolina?

As the country faces a new Supreme Court judge who has a history of hostility towards reproductive health and rights, we are reminded that while people in this country do have a right to abortion, that right is often in name only due to unattainable access. Recently the New York Times wrote an article explaining… Read more »

Attitudes are changing. The support for abortion rights is record-high, according to a new poll from NBC News and the Wall Street Journal. Fifty-five percent of Americans believe that abortion should be legal in all or most cases, which is the highest level of support since the poll began asking the question in 2003. And… Read more »

We should all have the support and information to make the important decisions that are best for our lives.